Authenticity as it pertains to food, has become an increasingly important quality to bloggers, and even critics over the years. After all, as people become more adventurous in their taste, their quest becomes all about finding the “most authentic” version of the cuisine in question. This is in stark contrast to how we thought about ethnic cuisine 50 or 60 years ago, when immigrants had to tailor their dishes to suit our timid taste buds. The clearest example of this phenomenon is Chinese food, a cuisine that historically exudes bold flavor, vibrant color and generous use of spices. Sadly, here in America, our inexperienced palates have transformed it into a bland parody of itself.

No cuisine is immune to the changes that inevitably take place when a dish reaches our shores for the first time. Chef Ed Lee, in a recent “Mind of a Chef” episode, explained that this isn’t always a bad thing, and that we shouldn’t necessarily be chasing authenticity, but embracing the new cuisines that spawn from this metamorphosis. These are, after all, what make up “American food”, not only burgers, fries and apple pies.

While I agree with Chef Lee, I also feel that it’s possible to find truly authentic food here in the States if you care to look. It may use local ingredients, but that doesn’t make it any less genuine, as all the best food cultures adapt to new surroundings. The search for such food however, is important, as those who can’t afford to travel regularly, shouldn’t be deprived of the wonderful flavors from faraway lands. Even if you can pony up for a trip, you shouldn’t have to jump on a plane to get a taste of your favorite dish. 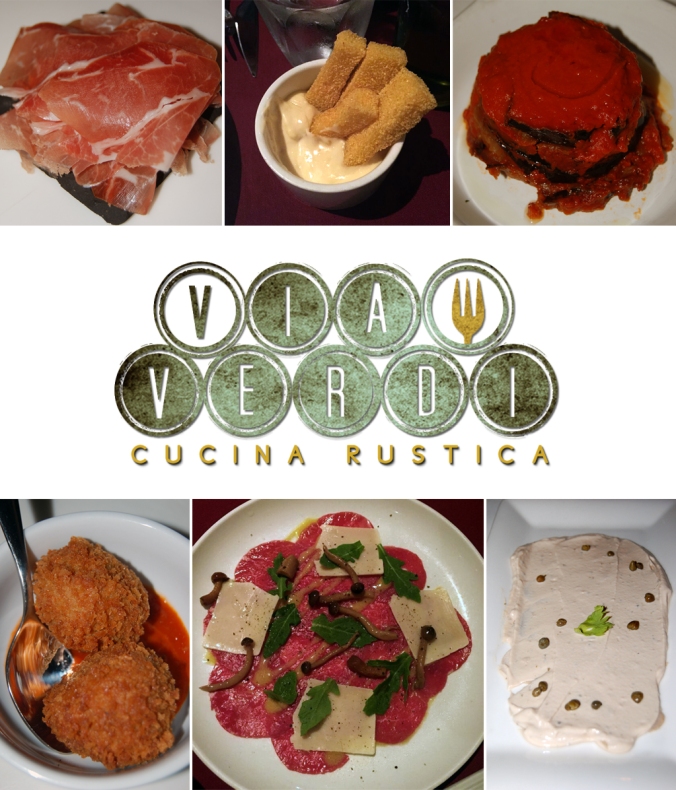 Thankfully there are others who share my crazy Utopian ideals, and luckily for me, they’re Italian. A couple of years ago, the exuberant Carro brothers, Fabrizio and Nicola, along with mixologist wizard Cristiano Vezzoli, opened Via Verdi, with the simple goal of serving authentic Italian dishes, with quality ingredients and an exacting eye for quality. It’s a recipe touted by many, but executed by few. This trio however, succeeded, and has created a restaurant with the rare ability to transport its diners with a single bite.

I hesitated to write about Via Verdi after my first two visits, not because they were undeserving, quite the opposite in fact. The meals impressed me so much, that I feared this shining star would quickly burn itself out. So many times after having a great meal, I’ll return, only to find out the chef has left for greener pastures, or the owners, smelling success, have grown too quickly, leaving the quality lacking. This hasn’t been the case at Via Verdi. The team, experienced from their time at Miami mainstays, Quattro and Segafredo, have kept themselves focused on the original mission.

The menu is simple, no need for a paragraph when a handful of words will do, the ingredients speak for themselves. The polenta with truffle Parmesan sauce, in its tiny cup, commands attention as the wonderful aroma of truffles fills the air. Other fried dishes like the beautifully crisp arancini, or the sumptuous veal polpettine highlight Via Verdi’s mastery of tomato sauce. Take note other Italian restaurants, this is how you make tomato sauce. You can tell just by smelling that sauce is on point. Whether it’s their classic marinara, or fiery arrabiatta, the distinctive tang of San Marzano tomatoes is present and complemented with the perfect touch of sugar and spices.

Tonnato di vitello, a dish easily ruined by low quality ingredients and overpowering sauce, is a must. Via Verdi’s is a graceful rendition of the classic Northern Italian dish, light and refreshing, with hints of citrus and a briny pop from the capers. 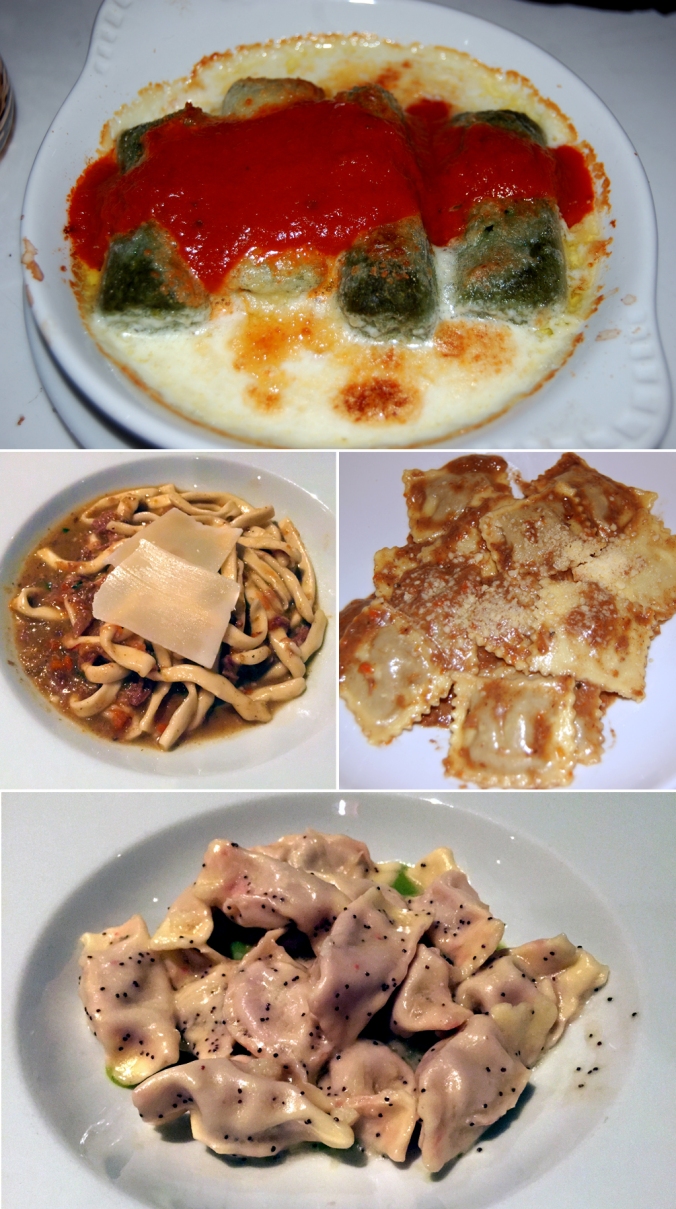 Pasta of course, displays the same rigorous attention to detail as the rest of the menu. From herbaceous spinach gnudi covered in that wonderful sauce, to strozzapretti in rich and gamey braised osso buco, quality reigns. Even the vegetarian choices like a pecorino and beet ravioli in a zucchini sauce, are excellent. Naturally, all the pasta is made in house.

But it wouldn’t be a true Northern Italian restaurant without Piedmont truffles, the knobby little nodules that bring grown men to tears as they empty their wallets in the hope of just one fleeting taste.  People like to throw the word truffle on the menu, but few actually show you the goods, fewer still trust their diners enough to leave said goods on the table unattended. I was fortunate to pay a visit to Via Verdi on a night when white truffles were indeed on the menu. A delicious but simple risotto dutifully served to deliver the tasty tubers, as you wouldn’t want anything to overtake the delicate yet assertive flavors that every great truffle bestows. 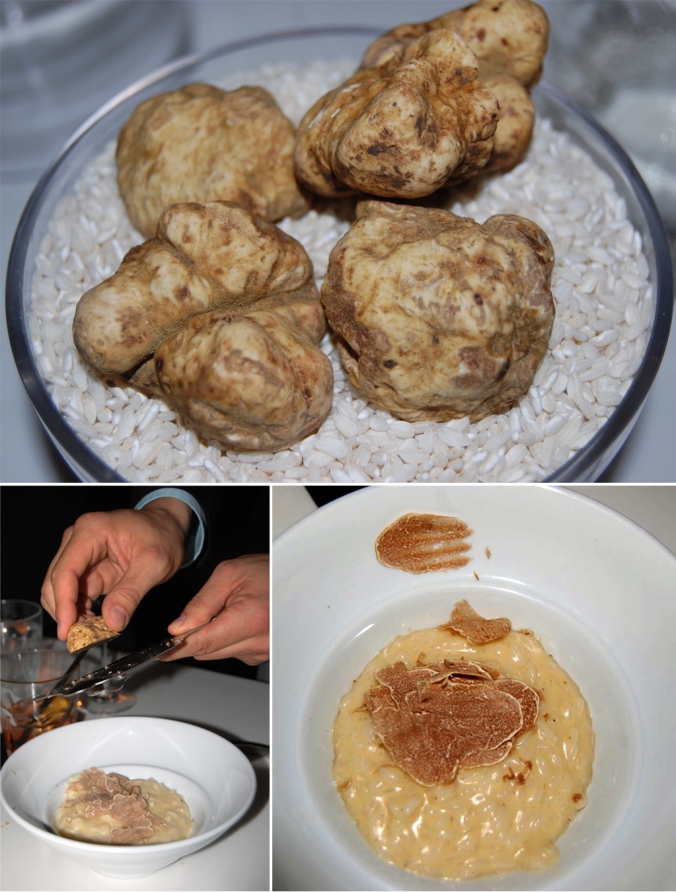 While dessert , sadly doesn’t come with white Alba truffles (although I didn’t ask), it’s absolutely worth saving room for. Panna cotta with passion fruit and strawberries should be on the table if it’s available. Another fantastic option is the Bunet, a chocolate amaretti flan with caramel sauce that doesn’t kill you with sweetness, but leaves you feeling cozy and warm.

Is Via Verdi authentic? Absolutely. Does it matter? Heck yes it matters! That’s not to say that every restaurant serving ethnic cuisine needs to stick hard and fast to the rules of the homeland, but for those that do, and do it well, I applaud you. As I’ve said time and again, a meal, when done right, has the ability to transport you, and the boys at Via Verdi are offering flavor trips to Alba with every  dish.

Friends of Eat a Duck